Hey all you beautiful people! So my English teacher decided to show us the movie Rocky. The first one. The one with Sylvester Stallone.

At first, I thought I wouldn’t like the movie but then as it got toward the middle of the movie, I started to like it. It was about a guy, Rocky, and he was a boxer. Not a professional one though. He was kind of like an amateur. However, he was given an opportunity to fight against a heavyweight champion, Apollo Creed. Everyone kept pushing him to win because he was just a nobody, an underdog, who got the chance. He knew he wasn’t going to win, but he still trained hard everyday. He just wanted to see how far he could go against Apollo. In the end, he didn’t end up winning, but he was still happy. He got to see how far he made it and he was happy with that. I think that sends a great message out there to everyone. It’s not about winning or losing; it’s about how far you can go. How close did you get to your goal. I think that’s the message the movie was trying to say. I hope you get the chance to see the movie because it really is an amazing movie. If you’ve already seen it, tell me what you think the message of the movie is! This is only my interpretation. Well thanks for reading! See you in the next post! Bye!

Wattpad of the Week! 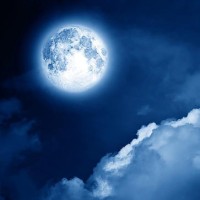 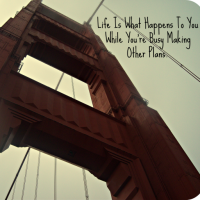 Just Some Little Thingamajig
A Bridge to Cross Over

All the adversity I've had in my life, all my troubles and obstacles, have strengthened me... You may not realize it when it happens, but a kick in the teeth may be the best thing in the world for you. -Walt Disney

Live today to capture the moment

once upon a sweet tooth

a step into the world of sweets.

dreaming with your eyes open

taming the beast within you.

Life Is What Happens.

Capture It. Remember It.

Smile! You’re at the best WordPress.com site ever